Service as a Requirement for Office: What do you think?

“It should be a requirement to have served to even run” said Josh Butner, a Navy veteran running for public office quoted by the Union Tribune from an interview with Voice of San Diego.  The firestorm that followed is typical of our sensitive world today, but does Butner have a valid point?  If his point is valid, what would be the results of such a policy and how could it actually be implemented? 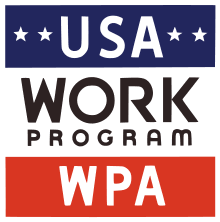 I am sure that Mr. Butner and I do not agree politically and also our service was very different even though we were both in the Navy, yet that service to country allows us a deeper respect for our differences and each other’s opinion. I have long thought that one of the problems we have in America is that our elected officials have never served the nation in any other capacity.  Because they have met only the basic constitutional mandates they don’t have necessarily have the perspective of ‘real’ service to our country.  To many of our elected officials it is a job, often a lifetime profession with little actual oversight. 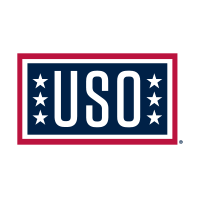 Today, it would be difficult to implement any scheme for general service to the nation, but with some tweaks and a system that supported it, national service could become a reality in the future.  One of the keys is that there can be no other differences in how we are treated as citizens except how we govern ourselves, we should only be governed by those that have already proven themselves as true servants by serving at the will of the nation.

Picture if you will, a person, any flavor American citizen, decides to put themselves at the disposal of the nation for National Service.  They walk into the National Service Recruiting and Testing Center.  As they approach the desk the gentle person at the desk asks them to thumbprint and voice verify themselves as Citizens Without Service.

Once the applicant agrees to abide by the results of National Service Placement Testing, they are placed in the testing queue.  The day consists of a battery physical, intellectual, emotionaland psychological testing.  Since we all have differing abilities, the testing is designed to offer placement to the job that best serves the nation given the person’s physical, intellectual, emotional and psychological abilities.  Everyone is eligible for National Service without regard to their abilities, race, sexual identification, national origin, language or any other thing that makes us different from our fellow human, but the service is to the nation and not necessarily to the person.

In a system such as this some would end up in the military, some building national infrastructure, while others may be engineers, researchers or doctors.  Literally anything is possible, given the applicants abilities and the needs of the nation.  No one is excluded, ever and it is completely voluntary.  Once signed up, the benefits would not be bestowed until completion of service which could be any number we all agree upon 2 years or 5 years, but like the contract I signed when I enlisted in the U.S. Navy so many decades ago, it would likely have a clause that says one’s contract may be extended indefinitely given a national emergency such as war or disaster. 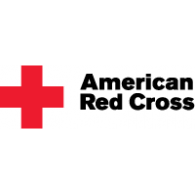 I have been of service in many aspects of my life and my experience has been that the services I have provided have allowed me to better understand the world I inhabit and would make me a better elected official should I chose a path such as that.  Our nation struggles today with political divides partly because we do not have a shared experience.  America has become a nation of differences.  National Service would not cause us to be alike, but rather give us the shared experience that creates shared respect.  As I said earlier, I am reasonably certain that Mr. Butner and I do not agree politically, and I likely would not vote for him, yet our shared service to country allows me a deep respect for him and his opinions that I might not otherwise have.

What do you think?